The sea is revolutionising the country 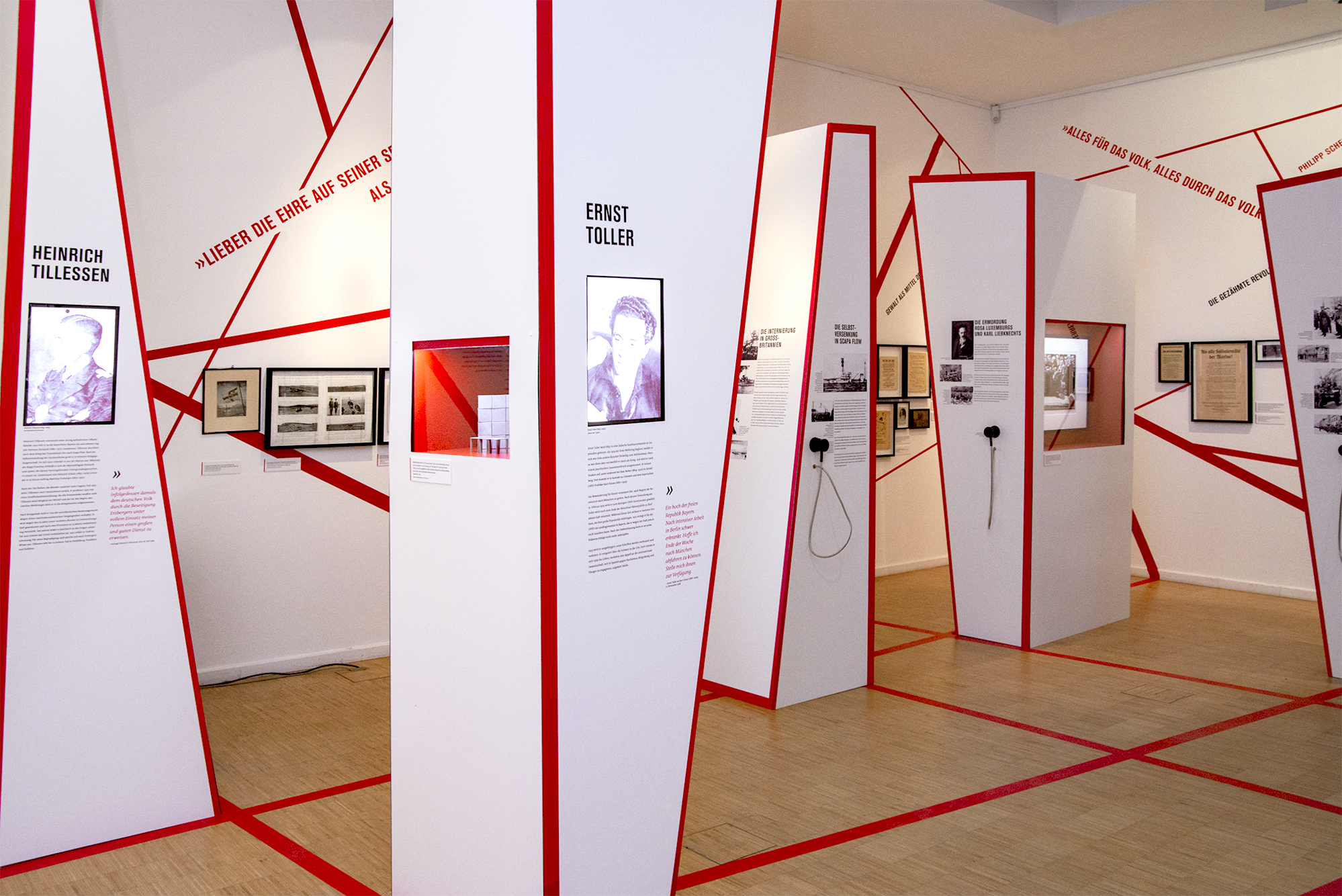 The order issued to the fleet by the naval war command on 24 October 1918 is considered to be one of the events that directly set off the 1918 November Revolution. It intended to send Germany’s High Seas Fleet into a last battle against the Royal Navy, despite the fact that it was clear that Germany had already lost the war. The mutiny that ensued ultimately ended in Kiel’s sailors’ revolt. The architecture and the graphics of this special exhibition about the events that had such a huge impact on German history, which is being held in the German Maritime Museum in Wilhelmshaven, are brought together in the exhibition space as a coherent visual entity. This is complemented by the carefully coordinated design of all the media and print products used, such as the catalogue, exhibition poster and flyer. The permanent information trail through the city of Wilhelmshaven, whose concept was designed by the agency parallel to the exhibition, is also aligned with the exhibition concept.

Information steles in the outdoor area
Rusty steel and glass are sturdy materials for outdoor use
Direct printing on lightly frosted glass
Backs of information steles made of recycled steel plates
Information steles with seating
Related projects
The hour of the sailors – Kiel and the German Revolution 1918
Outbreak of the 1918 Revolution in Schleswig-Holstein
The Fleet Slumbers in the Harbour. 14/18 – Descriptions of Everyday War in Sailors’ Diaries