The Fleet Slumbers in the Harbour. 14/18 – Descriptions of Everyday War in Sailors’ Diaries 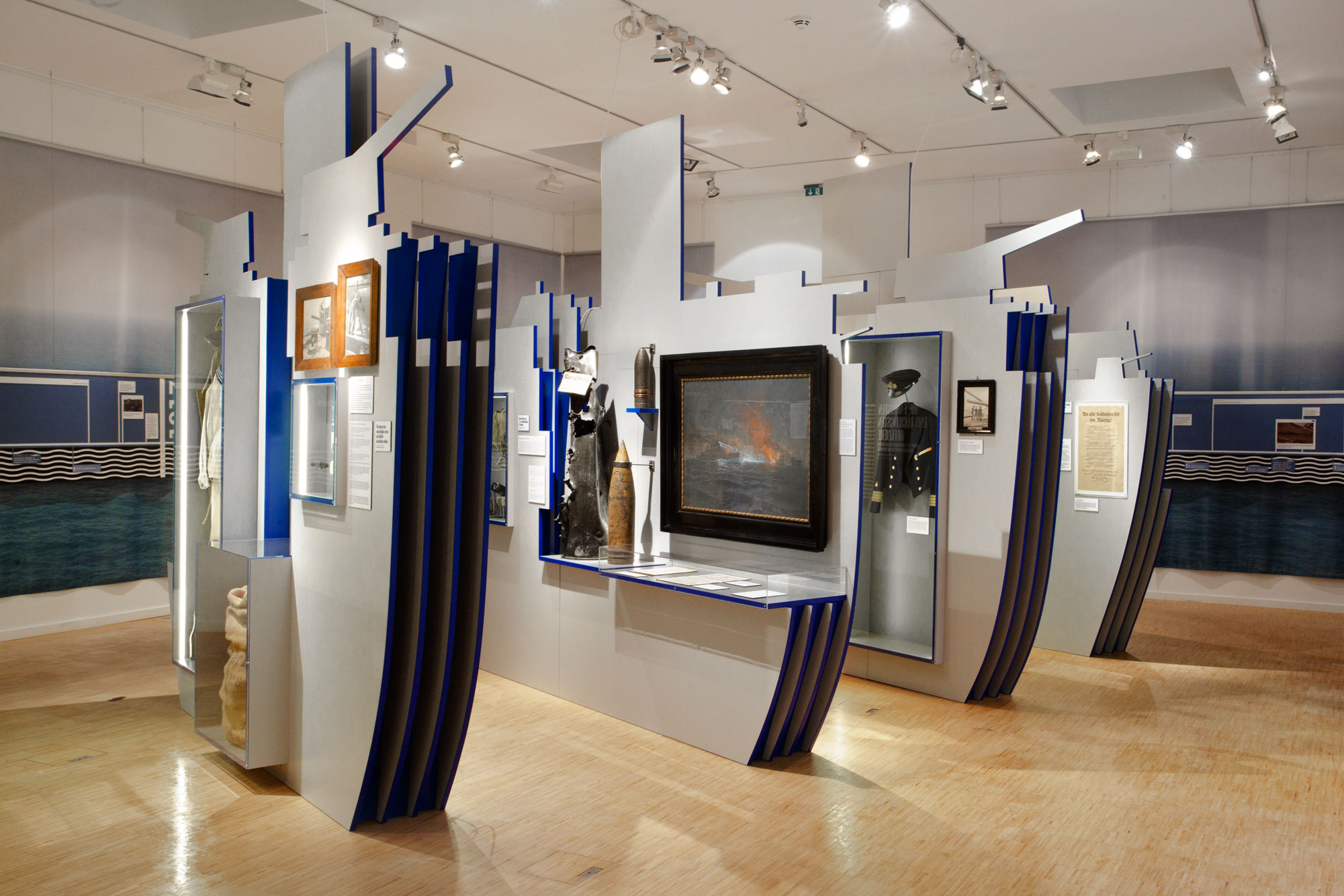 This 2014 exhibition by the German Naval Museum in Wilhelmshaven remembered the outbreak of World War One, which took place 100 years before. The story of life on board one of the most modern warships of the time was told using quotes from two sailors’ diaries, presenting an exemplary description of the events of the First World War, described by the history books as the greatest catastrophe of the 20th century.
Simultaneously, the exhibition is laid out scenographically to resemble the SMS HELGOLAND, and presents historical artefacts and selected excerpts from the two diaries. Embedded within the broad historical framework of the events taking place in world history at the time, which visitors could read from a graphic strip running throughout the space, the events of the war could be experienced on a very personal and human level from the diary entries. The diaries themselves were digitalised in high resolution and made accessible via touchscreens with extended functions that allowed visitors to “browse” through them. 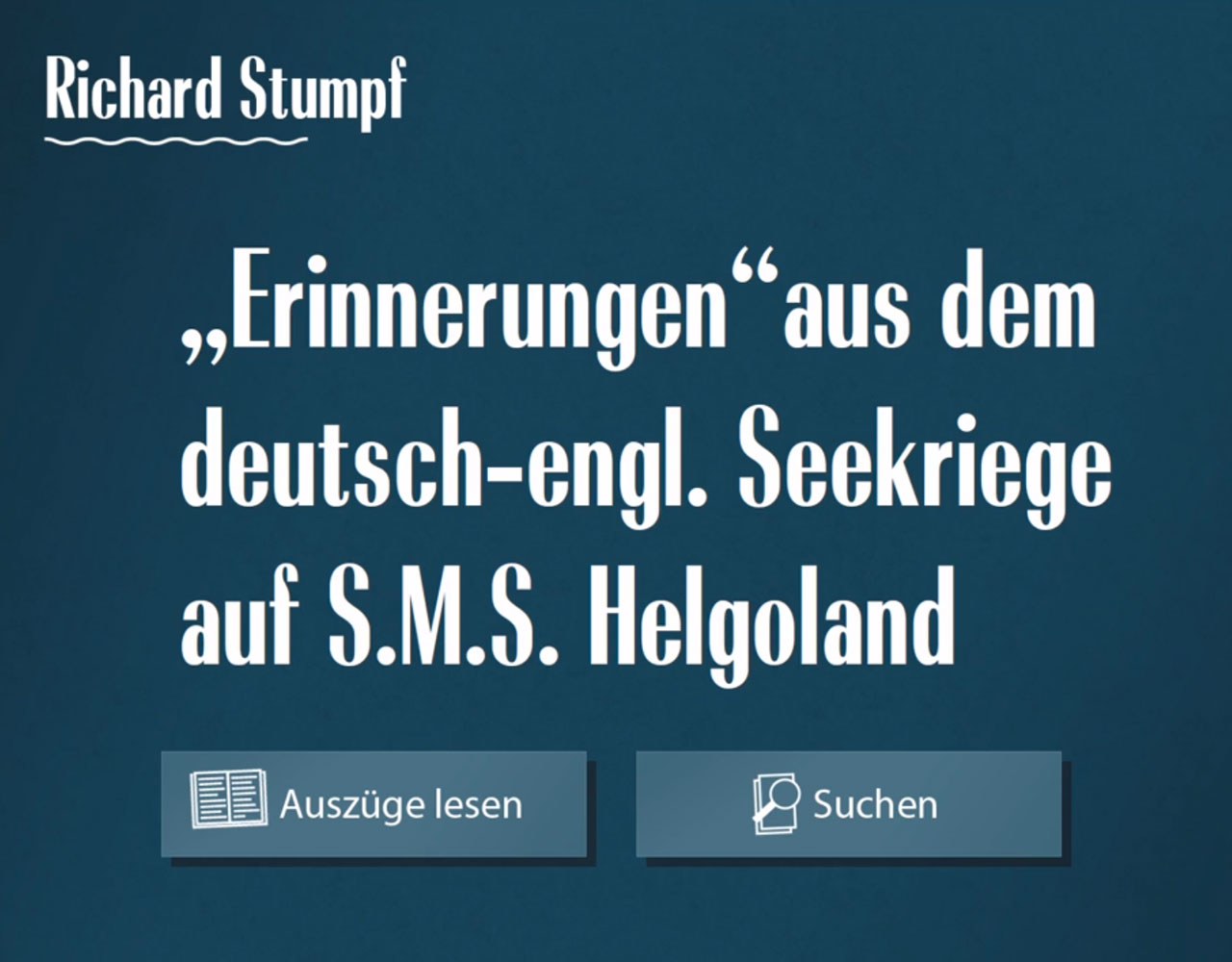 Richard Stumpf's digitalised diary to browse through
Related projects
German Naval Museum Wilhelmshaven
WAR! Jews between the fronts 1914–1918
Longing for war? On the Eve of the First World War: Oldenburg 1913