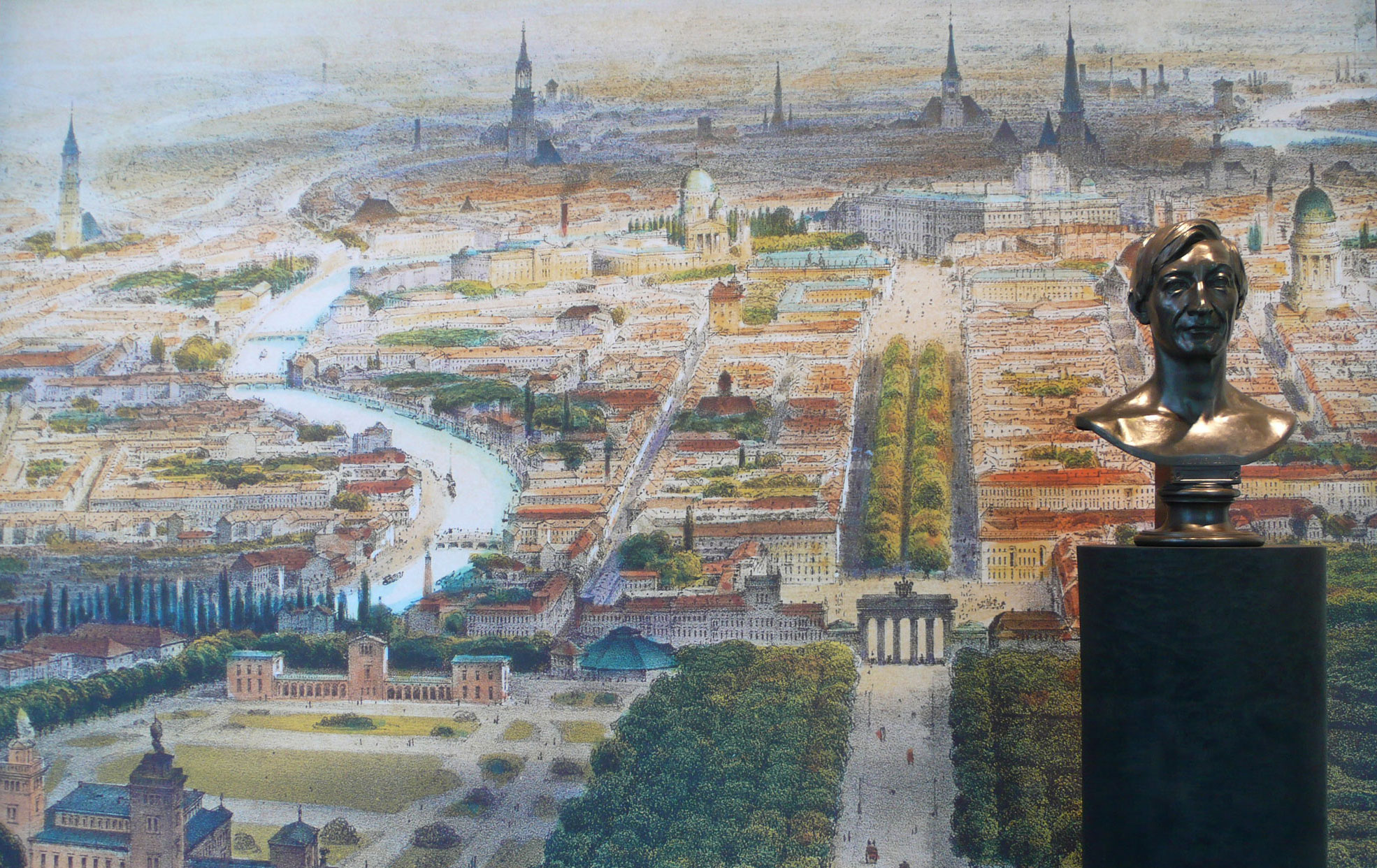 The Lenné-Dreieck (Lenné Triangle) on Potsdamer Platz and Lennéstrasse in particular were considered from the middle of the 19th century up to their destruction in the Second World War one of Berlin’s most noble addresses. The foyer of the new office building erected at Lennéstrasse 9 remained a rather barren space for a long time. The aim was to create a brighter and friendlier atmosphere with a quality that made it pleasant for people to be there. Making the presence of the nearby Tiergarten park more tangible was part of the visual brief for the design concept. This theme is taken up by a floor-to-ceiling historical depiction of the Tiergarten, and also by opening up the space to the outside via expansive window surfaces that begin at floor level. The display cabinets in the foyer describe the construction development of the local area and present its famous residents, which include the Brothers Grimm and Hans Albers, among others, using historical photos and drawings.