Outbreak of the 1918 Revolution in Schleswig-Holstein 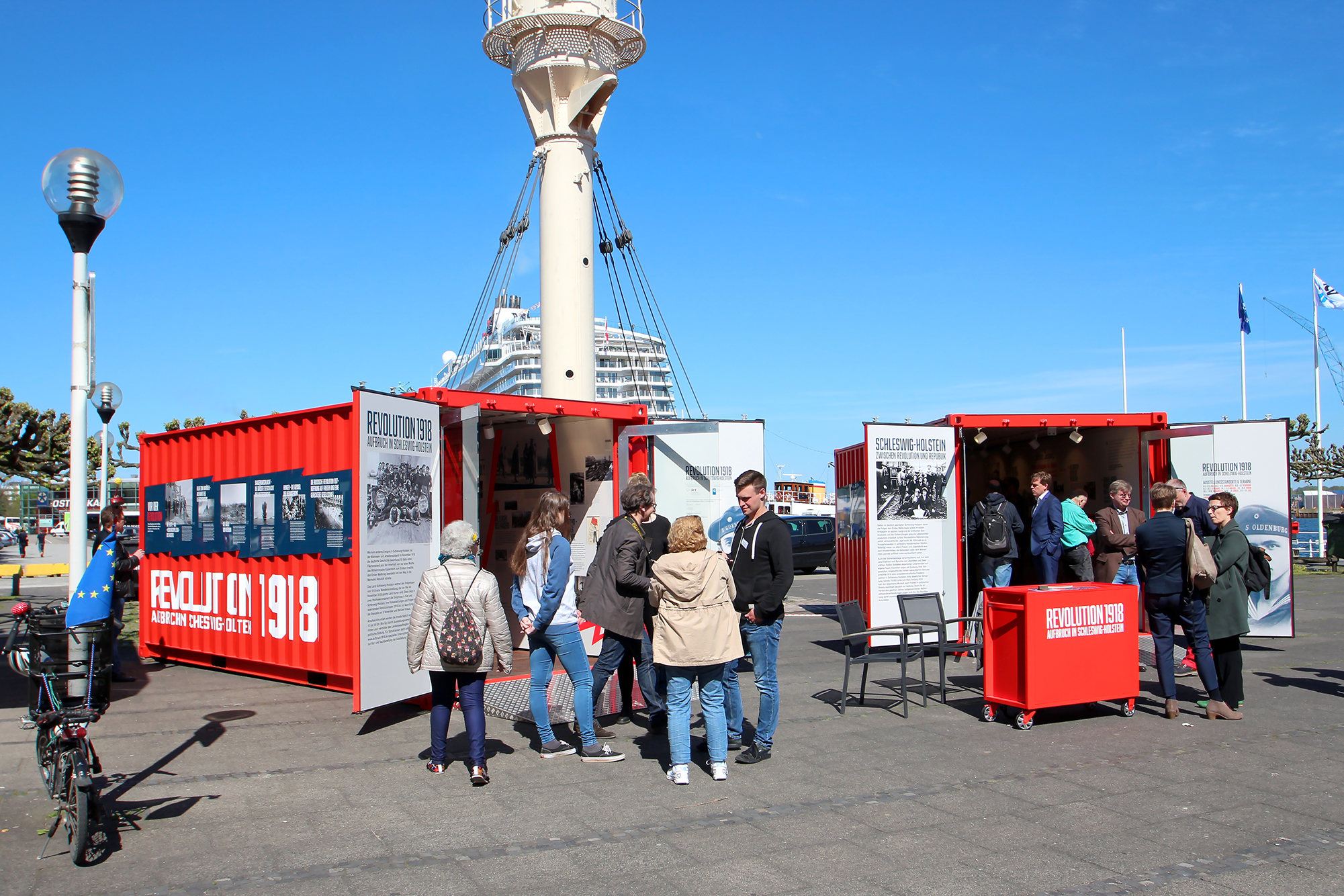 The state of Schleswig-Holstein dedicated a travelling exhibition, which visited ten towns and cities in the region from May to November 2018, to the sailors’ and workers’ revolt of 1918 on its 100th anniversary. The exhibition was presented in two shipping containers and explored the events that took place in Kiel and the whole of Schleswig-Holstein in the gripping revolutionary year 1918, as well as the conditions that led to revolution and its consequences right up to the founding of the Weimar Republic on 9 November 1918. The contents of the exhibition were presented to the public by exhibition educators from the Regional Center for Political education (Landesbeauftragte für politische Bildung).

As an agency we provided general contractor services to this project and were thus involved in the entire concept development process, the detailed planning and the realization. This applied not only to the exhibition contents including the media used, the exhibition technology and the graphic design of the spaces, but also to the general project calculation and supervision of the production work of all trades involved.

Introduction panels for the containers
In order to simplify logistics, the exhibition containers were designed to be plug-and-play: After opening the container doors and connecting them to a power cable, the exhibition, including the numerous media units, lighting, etc., were ready for use.